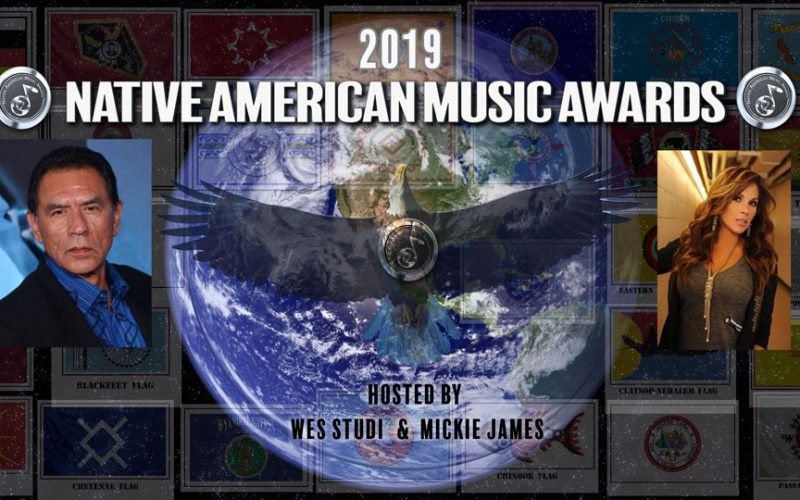 of Portugal the Man

and the Hall of Fame induction of

WATCH AND LISTEN TO ALL OUR NEW MUSIC VIDEOS ON

ON BECOMING THE FIRST NATIVE AMERICAN TO RECEIVE AN OSCAR

YOU HAVE MADE US ALL PROUD!

Wes Studi will be the first Native American to receive an Oscar. There have been Native American acting nominees – Graham Greene in Dances With Wolves, Chief Dan George in Little Big Man – and Buffy Sainte-Marie shared an Original Song Oscar for “Up Where We Belong” from An Officer And A Gentleman, but no one has ever won. Most famously, back in 1973 Marlon Brando turned down his Oscar award for “The Godfather” because of Hollywood’s stereotypical treatment of Native peoples. Brando sent Sacheen Littlefeather, Apache, in his place to explain the reasons for his rejection.

Wes Studi will receive an Oscar “to honor extraordinary distinction in lifetime achievement, exceptional contributions to the state of motion picture arts and sciences.” The Honorary Award is not called a lifetime achievement award by the Academy, but it is often given for a life’s work in film.

Buddy Red Bow was a dreamer. The Oglala Lakota country music artist was able to distill that dream—for himself, for his relatives, for humanity—into three timeless albums released in the 80’s and early 90’s.

Buddy had humble beginnings—from growing up in Red Shirt, South Dakota and being raised by Lakota elders, to winning talent shows in Rapid City. Faded jeans and boyhood dreams led him to a life of honky tonks, movie sets, and living rooms passing around guitars with household names. Don’t miss SDPB’s new documentary “Red Bow,” takes you on the artists’ journey from his early days on the Reservation to the Native American Music Awards Hall of Fame induction..