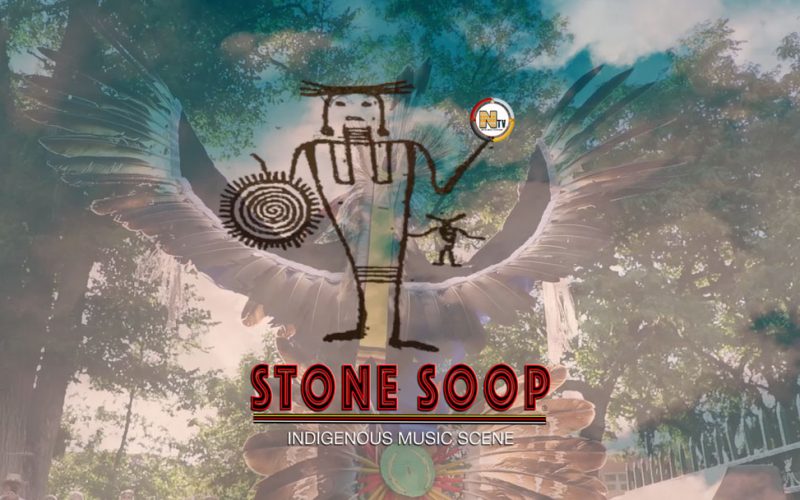 Stone Soop is excited to share with all the fans, and artists, who have dedicated their lives to the healing, with stories of how we all have survived these times. Indigenous music scene is growing ten fold, now becoming a part of the music industry.  You are to thank for this amazing task.

Thank you for your dedication to the love of music!

I dedicate this episode in remembrance of our amazing brother, “Wake Self. ” We lost a true artist who believed in making music a healing part of our lives. His inspiration will continue. We must cherish our Indigenous musical spirit. Rest in Power. 🙏🏾🙌🏾

The history of Indigenous music, is a life of hard knocks, and failure to be be recognized. Examples:  A. Paul Ortega, Buddy Red Bow, Joanne Shenandoah, and Floyd “Red Crow” Westerman,

and of course Taboo, Robert Mirabal & Pura Fé, just to name a few…

We give credit to musicians like Tribe Called Red, Buffy St. Marie, Supaman, Taboo of the Black Eyed Peas, Patrick Vegas, and of course the Band called “Red Bone”.  One of my favorites is Robbie Robertson, his story is amazing, the challenges of all artist is not an easy road. Years of travel, and performing on, and off stage. The life of an artists is grueling, and tedious, most people give up after a few years. The artists who has to helped us heal with music is our hero.

This brings me to our story, of how “Stone Soop” became a reality, in 2018 we started Ntv Native Music Television, at the Santa Fe Indian Market, some of the artists who help me start the company, went on to create, and share their talents with the world. We envision this show to be on many platforms, Netflix, Amazon, and Apple TV, this will take some time as I have to gather more contracts and funds to do so. In time I will have it out there around world for all of us. Currently on nativeflix.com, they helped us launch our show!

It has not been an easy task, editing, and designing sound, plus color correction for most of our videos given to us by the artist. We have now over 75 artist signed right now with us, and once I have reached out to all the artist, we should have around 780 artist on screen. This may take a few years to organize, as this type of endeavorer has not been attempted.

You will meet our artist who cherish their relatives, and communities. You will see how music is healing, and changing our perspective of indigenous people. Through music, and lyrics it will gift you a vision of yourself in the bigger picture..

We are longer invisible, and we are stronger together…

YOU CAN FIND THE FULL LIST ON OUR SITE https://ntv.life/2019/10/13/indigenou… The healing has begun… Ntv Native Music Television has “Authorized licenses, rights, consents, and permissions to publish content.

We have changed our mind set, on how we see the indigenous communities, established with honor, and dedications to life. All life is sacred. Each community has given their family, and friends hope for survival with traditions, and character of good standings. This show is how we can be stronger together, through music and social issues that have haunted our rural communizes for decades almost centuries.

We are no longer invisible…

The following 17 pages are in this category, out of 17 total. This list may not reflect recent changes (learn more).