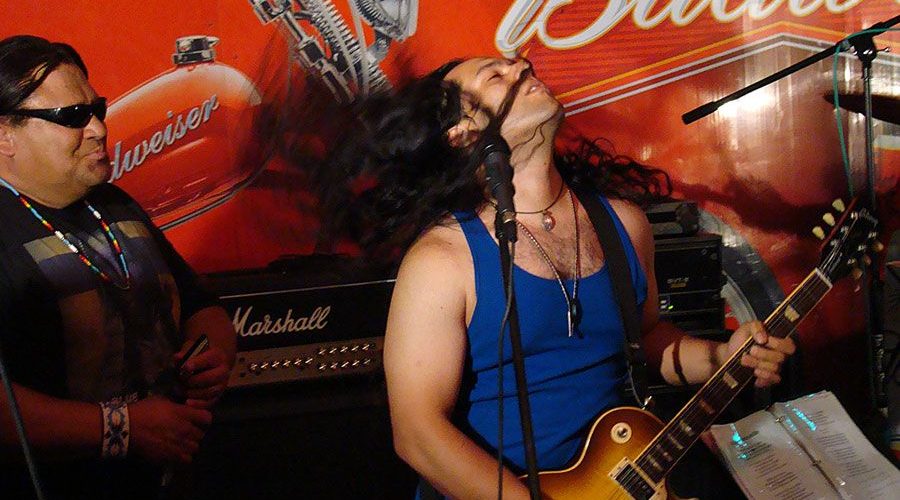 Ntv Native Music Television is growing, and soaring like eagles with our artists creative honors, we are so grateful for their participation to help with healing music for our future generations. I have a had great conversation with the band, as they keep calling me wishing all the best. They have given me strength along this red road of industry and traditions. 2020 is the decade of Indigenous Music and Film..

We now have over 100 new artists as we gather our facilities, and raise the roof to our creator and Mother Earth. You will be hearing more about the amazing show coming up in Albuquerque,NM around Gathering of Nations for 2020. Sat tuned, and thank you all for believing that music is healing the world one heart beat at a time..

SO EXCITED TO ANNOUNCE THAT “CHILDREN on the rez” WON THE AWARD FOR “BEST LIVE PERFORMANCE IN A VIDEO” FOR THE 2019 CEREMONIES. BUT THE REAL WINNERS ARE THE CHILDREN. THEY UNSELFISHLY GAVE. FROM THEIR HEARTS. SO THE WORLD WILL KNOW, THEY TOO…ARE BEAUTY.THANK YOU ELLEN BELLO FOR ALL YOU DO. THANK YOU FANS FOR ALL YOUR LOVE. THANK YOU TO TOM HOLLOWHORN FOR HIS AMAZING GIFT OF SHARING THE BEAUTY AND THE GRACE OF HIS BELOVED LITTLE BIG HORN AND HIS FAMILY PHOTOS. WE LOVE YOU ALL

Performing across Central and Southern California, Blue Mountain Tribe has spanned a decade of excellence in Blues & Rock n Roll, constantly changing and improving. The only known Native American Father/Son Blues & Rock team, Robin and Caleb Hairston, the founders of Blue Mountain Tribe, have finally achieved the ultimate goal of a Band of Brothers where all members are of Indigenous American Blood. The immeasurable experience and talents of the current members spans longer than their prospective lifetimes and all are dedicated and truly “Honored” to represent not only their own Indigenous heritage but to “represent” all 500+ of our original Nations. This is what we mean when we say “All Our Relations”. Members and their Nations are:

Blue Mountain Tribe hopes to honor “ALL OUR RELATIONS” across “ALL” the “AMERICAS”, as well as our indigenous brothers & sisters of the Pacific Islands. To bring Indigenous people everywhere together to share the joy of music, and to celebrate each other, and to inspire all people to celebrate life. To live their dreams. To treat each other like family, to do for the “Greater Good”….This is the Native Way.

With special emphasis on Native American Talent, Indigenous Youth and special emphasis on Native Youth with Disabilities, through Caleb Hairston on lead guitar, who has struggled with and overcome learning disabilities through music education and arts, proves that Native Youth, especially our Native Youth with Disabilities, are talented and vital individual who redefine themselves by their abilities. Caleb  is the Executive Producer of their Debut album and composed all music.  His father composed all lyrics. Honoring our Indigenous Veterans & all “Wounded Warriors” through Retired Sgt. Robin Hairston on Harmonica.

We humbly dedicate Blue Mountain Tribe to all those who have gone before us, those Nations that are but a memory in the wind, and all those who still suffer as POW’s in a land where all are “supposed” to be free. To “ALL OUR RELATIONS”!

Blue Mountain Tribe Mission: to “DO for the greater good” through musical performances and charitable works; with special emphasis on Indigenous American Talent, Indigenous Youth with disabilities; and Veterans & all “Wounded Warriors”.