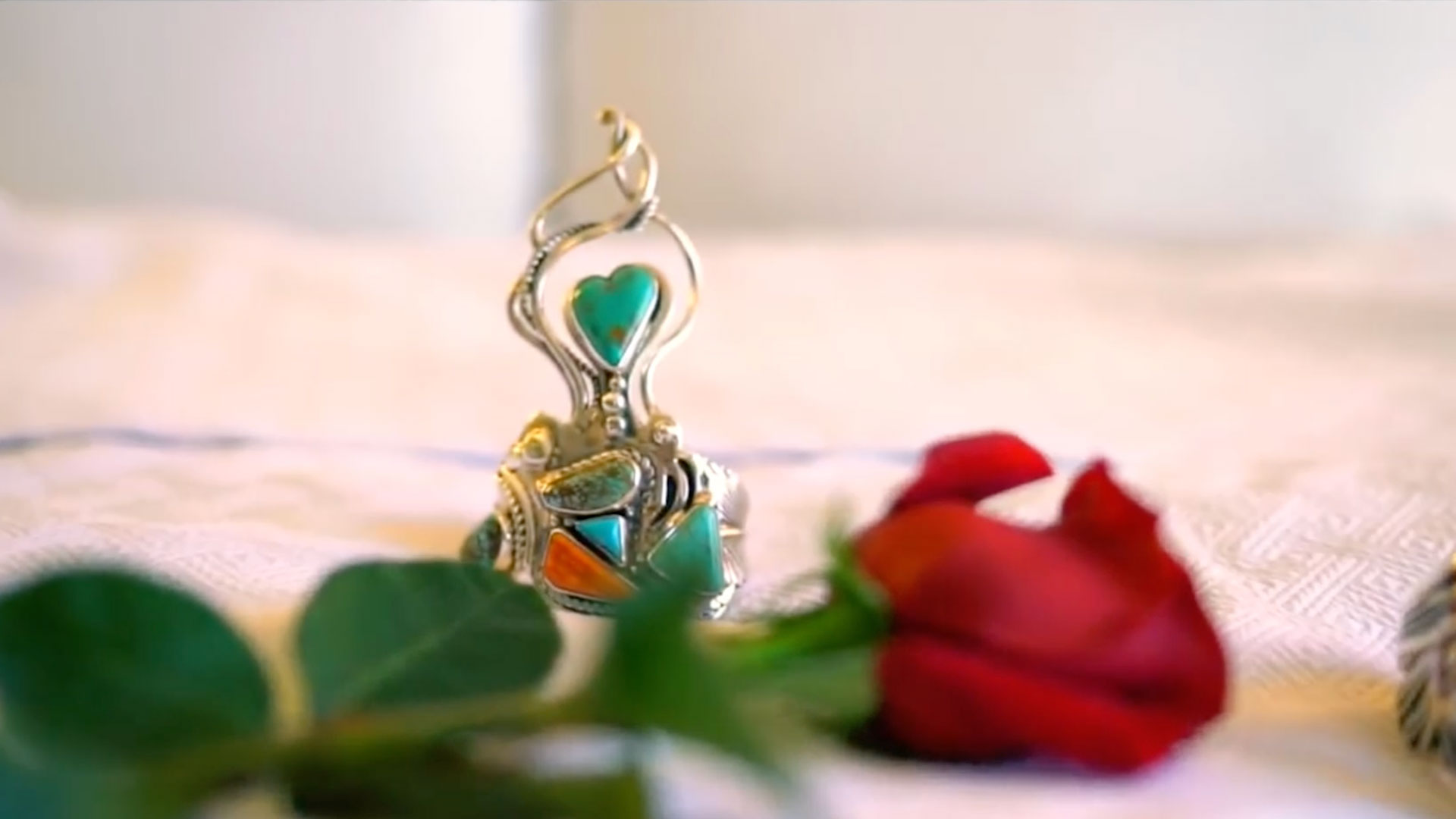 Let’s give a warm welcome to Adam Fierro from Albuquerque, New Mexico. he specializes in contemporary southwestern jewelry. Born in Gallup New Mexico, raised in Albuquerque and raised in the jewelry business ever since he was born. His Grandmother was from Santa Clara Pueblo, and his grandfather was Native as well (White Mountain Apache). He has learned from his grandfather and a third generation jeweler. (Adam does not claim a tribal affiliation)  His Grandfather used to make jewelry and sell it in Gallup as something he did on the side. His father and himself, took his ideas and began to make them our own.

First start off with a stone, once the stone is cut, then go from there. Then it’s basically a freestyle. Just like making music and performing, it is all about healing with Beauty, and sincerity. He cuts his own stones, then back the own stone,  “lap” it, and finally polish it. He really enjoys cutting stones. The most important part of the process is the stone, he focuses so much on the turquoise, it is part of who he is, and what he does.   To focus all he can on beautiful turquoise stones.